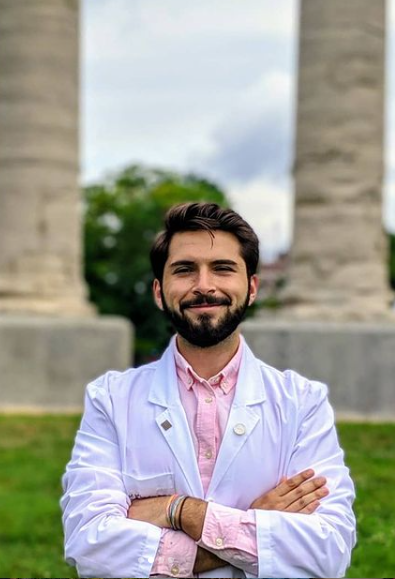 University of Missouri-Columbia School of Medicine

Besher Alayoubi was raised in Damascus, Syria and moved to the United States in 2017. He completed his college education at Saint Louis University in Neuroscience and is currently a student at the University of Missouri-Columbia School of Medicine. He is a refugee and an immigrant and understands the struggles of those who are not familiar with the American education system and hopes to help those in a similar situation as his. He is fluent in Arabic and English.